Here you can find links to my published writing, audio poems and a sample of my visual art. Thanks for visiting!

To promote the launch of Best of Friday Flash Vol. 2 (or BOFF2), the tiny Aussie contingent is doing a Blog Hop. I’m hosting Timothy Collard, who talks about his very creepy story “The Iris Garden”. If you hop over to Jodi Cleghorn’s site you can read about my story “House Cemetery”. You can order BOFF2 here.

The pathway narrowed as he approached a large mature garden of blood irises. There had always been irises growing on this spot, even before there was a park. They stood in their thousands like serried guards, many of them taller than Kenji. Their purple blooms, like delicate folds of silk, were iridescent even in the wanness of dusk.

I spent some time in Japan when I was a student. One of the first places I visited with my host family was their local park, a vast space of 26 hectares, where we had a lovely picnic lunch beside a newly created iris garden. Whenever I go back to Japan I always visit this park – I’ve always been a sucker for nostalgia. I adore the atmosphere of the place: the winding pathways, the forests, the cherry orchards, the iris garden… Atmosphere is important for me in my stories, and I always felt this park warranted some form of fictional documentation.

I also adore horror films and ghost stories. Japanese culture embraces the notion of the afterlife, of spirits. Ghost stories are legion, and local horror films like Ring and The Grudge have a ghastly resonance in the Japanese psyche.

So I had the country, the location and the genre for my story. What horrific thing could happen in such an ordinary place? So I decided to bring the irises to life.

Writing was something I’d always wanted to do, but never had the confidence or time. I read an article in the Evening Standard, a London newspaper distributed freely to commuters, about the rising popularity of flash fiction. I’d never heard of flash fiction. The article mentioned the website www.fridayflash.org, so when I got home I checked it out. It seemed like a very unthreatening and supportive channel for budding and established writers. The Iris Garden was my first submission to #fridayflash. It gave me the confidence to write more. If it weren’t for #fridayflash, I wouldn’t be writing now.

Timothy (@timothywrites) was born and bred in Brisbane. He studied Japanese at the University of Queensland and spent two years living in Japan. He has also lived on the Gold Coast, Hamilton Island, Sydney and Paris, but now calls London home. In his spare time Timothy writes, reads and learns foreign languages. The Iris Garden is Timothy’s first published piece. He has also had a short story Two of Hearts published in the gay e-anthology Hold On, I’m Coming. 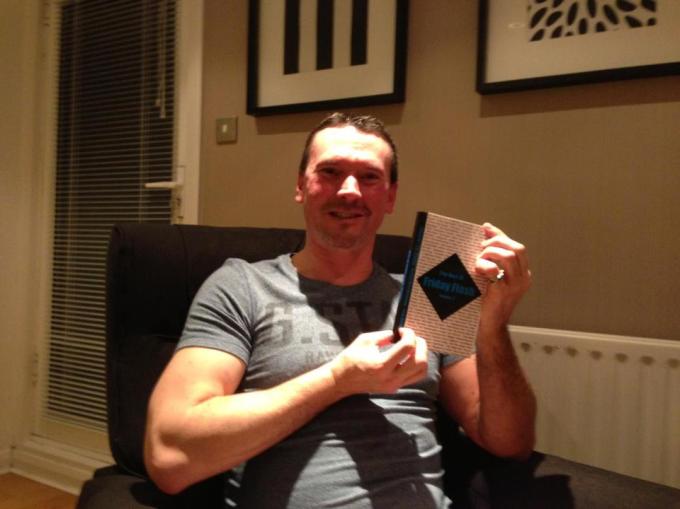 If you want to check out the other posts, here they are: